Throughout my frequent thrifting operations, I occasionally run across nostalgically crucial artifacts, implements and devices. Sometimes, I’m totally floored when I run across something I’d forgotten ever existed. 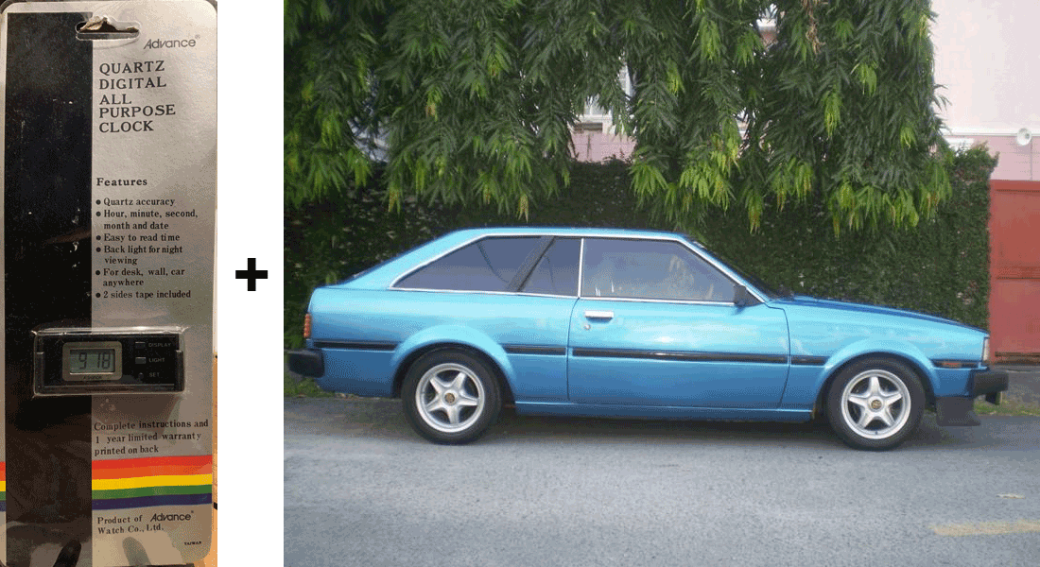 Sure, to the average human, it probably looks like a cheap crappy digital clock—clearly from the ’80s. Well, it is all that. It also happens to be the clock my father chose to affix to the dash of his 1981 light blue Toyota Corolla SR-5 two-door liftback.

Dad was notorious for luring my younger brother and I out on Saturday morning errands with the promise of a stop at Perkins for pancakes (my  brother) and French toast (me). After breakfast, We’d spend the rest of the morning staring at this clock (my brother from the shotgun seat, me from the back seat) praying that whichever hardware store, department store, or garage sale we were headed to was the last stop of the morning. Needless to say, I literally spent hours staring at this clock. Seeing it 35 years later in it’s original packaging  hanging on a peg in a thrift store nearly triggered a nostalgic seizure.

Other times while thrifting, I’m dogged by stuff that seems to follow me from thrift store to thrift store—things like: DVD players, Precious Moments figurines, and endless copies of Herb Alpert and the Tijuana Brass’ six-time-platinum masterpiece: Whipped Cream. 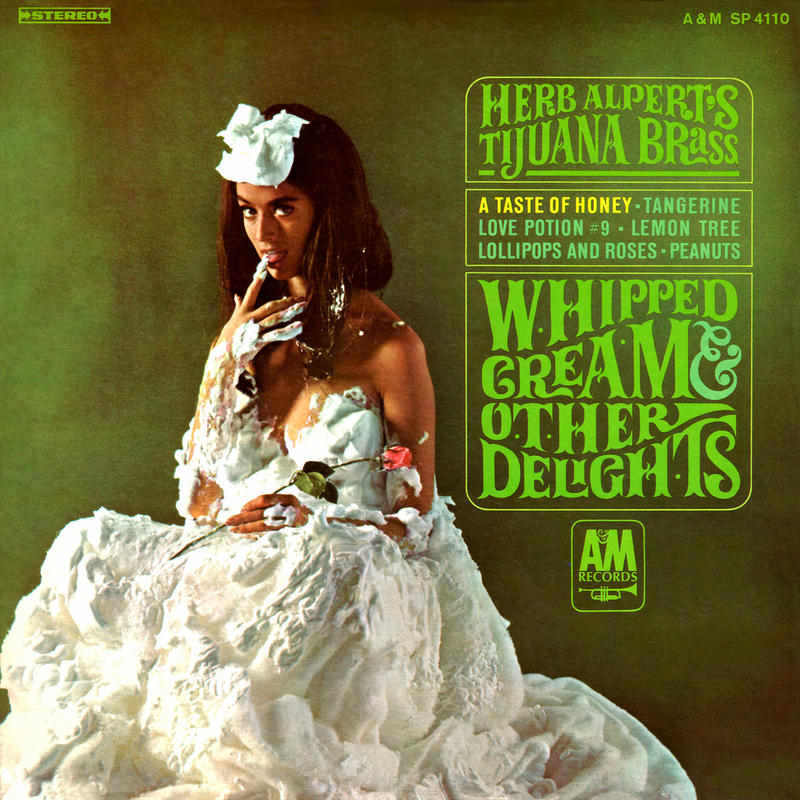 Periodically, I track down things that I purposely hunt for at thrift stores. I never pass up a functioning Sony Walkman cassette or CD player. I buy every new or lightly used “Designed by Michael Graves for Target” gadget I find. And, I snatch up any Napa Valley Box Co. media storage caddy, case, or rack. The reason is that the difference between the thrift store cost and the market (a.k.a. eBay) price is generally enough to make it worth my while.

Along those lines, I generally lay claim to anything made by Case Logic. Mainly for the aforementioned reason, but also because I’ve likely owned and utilized at least two dozen of their portable media storage products over the course of my lifetime. Also, their products trigger nearly the same nostalgia hit as my dad’s car clock.

As a kid born in ’72, I saw both the cassette and CD revolutions come and go before my 30th birthday. I owned hundreds of each at various points in the ’80s and ’90s. Bewitched by the convenience of digital music, I dumped all my physical media during the great Napster revolution at the turn of the century.

Ironic twist alert: I’ve spent the past decade acquiring more cassettes than I ever owned in the late ’80s—nearly 900 tapes as of today—doh!

Anyway, as I headed off to college in August of 1990, I was war-torn between the two formats. At that time, CD burners were still years away from existing, much less being affordable. And before digital music files and players became the de facto standard for portable audio—”back in my day” anecdote coming—we were forced to haul our tapes and CDs along with us when music-on-the-go was the order of the day (or night).

On a recent thrift outing, I snapped up a Case Logic DM-24 portable padded nylon case. The only reason I know it was a DM-24, is that tucked inside one of the pockets was all of the original paperwork. Included in the usual stack of warranty cards, product registration cards, and index cards, was the 1993 Case Logic catalog in the form of a small yet colorful accordion-style brochure. It was too great not to scan for posterity. See if you can spot the DM-24… 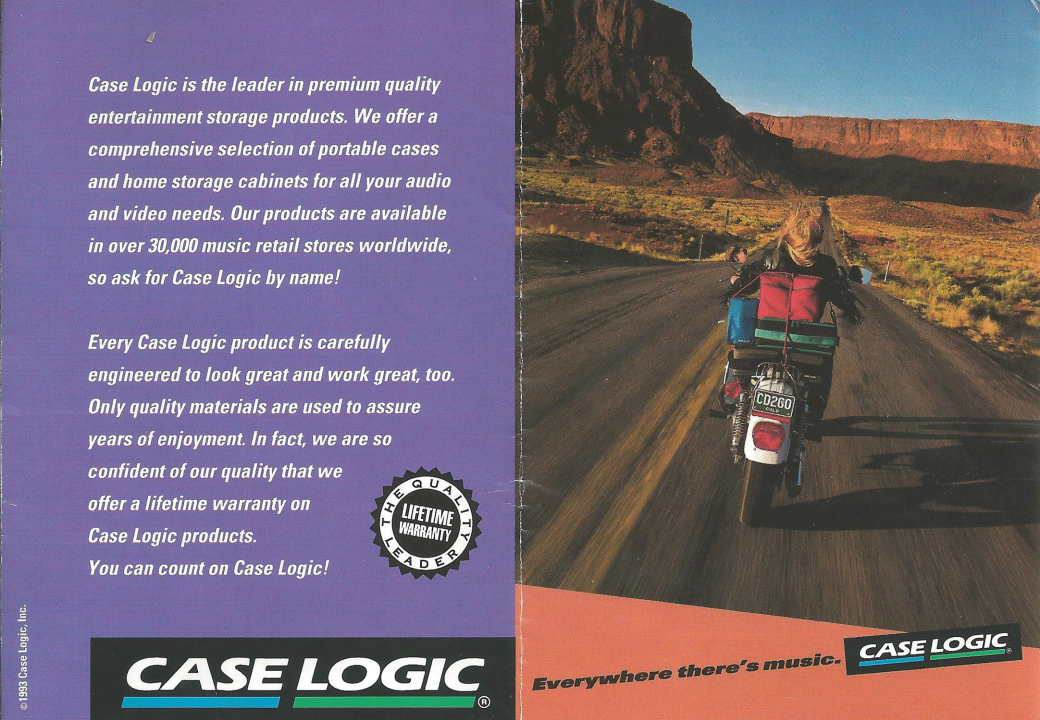 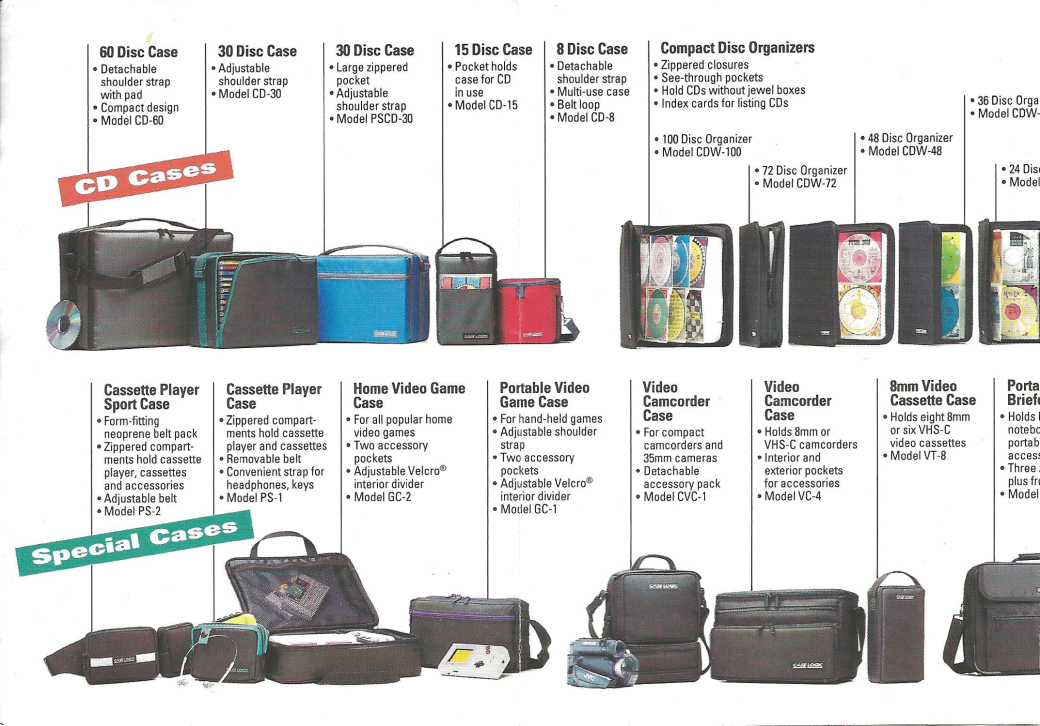 Seeing the breadth of the Case Logic product line in 1993—arguably the height of the company’s popularity—didn’t quite trigger a nostalgic seizure, but it did vault me back to at least a dozen points in the past when I owned one or three of the products featured.

Specifically, the CL-15 Tape Case was always zipped and loaded each and every weekend we made the two-hour drive to visit my grandparents in rural western Minnesota. They had no TV reception to speak of, I was two hours from my friends, and my grandpa spun only polka music on his ancient Panasonic turntable. I needed at least 15 tapes to pass the time during two days in the most boring spot on the planet. I still run across these CL-15 cases all the time in thrift stores for $2-3. They are easily the most common Case Logic product I find, likely because they used to sell them branded and loaded with 15 TDK blank tapes at Musicland and Target.

These CL-15 cases generally fetch $15-20 on eBay depending on condition and color scheme—the more colorful the better, duh!

Eventually, during my college daze (1990-95), I drifted toward CDs and graduated to numerous of the padded CD cases (most likely the CD-15 and CD-30). Over the years, I may have even owned a CD-60, and it may have been grey. Unfortunately, Case Logic never produced the case that would have allowed me to tote my entire CD collection with me: the CD-500.

I hope I presented a compelling case for preserving these wondrous Case Logic catalog images on the interwebs for all of eternity…or however much time humanity has left.